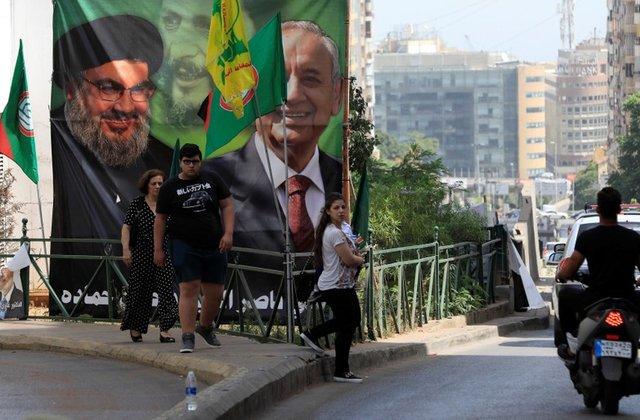 The “Shia Duo”, Amal and Hizballah

The relationship between the Amal Movement and Hizballah has always been a complex one. Historically, there is no love lost between the two movement that engaged in a bloody war with each other in the 1980s. The two that were, and is some regards still are, political and ideological rivals. Indeed, Amal is not synonymous with Hizballah as it is largely a secular and reformist movement. Amal does not recognize the Iranian concept of Velayat-e Faqih (Guardianship of the Islamic Jurist) and consequentially, do not recognize the authority of the Iranian Supreme Leader, Ali Khamenai. More recently, Amal did not support Hizballah’s military efforts to save Bashar al-Assad’s regime. However, in spite of the bloody history and ideological rivalry between the two, both movements have, in the last 15 years or so and particularly in wake of the 2006 war with Israel, tightened their political and even military collaboration in order to safeguard their mutual interests in Lebanon. So much so that, today, they are known in Lebanon as the “Shia Duo” (al-Thanai a-Shi’i). This political alliance with Hizballah remains strong, despite the inherent tensions between both sides, mostly thanks to the efforts of Nabih Berri, the Speaker of the Lebanese Parliament and the head of the Amal Movement.

Hezbollah has benefitted greatly from this alliance. It allowed the organization to gain a critical foothold in the Lebanese government and thus grant it access to government resources. Moreover, Hizballah’s political alliances, chiefly the one with Amal, has allowed it to deflect any attempt to force it to disarm of its weapons (Hizballah was the only movement not forced to disarm after the civil war).

Amal for its part, even went as far as joining forces with Hizballah against any attempts that were made to undermine the latter’s strategic assets. For example, in May 2008 the Lebanese government attempted to wrest control of Hizballah’s telecommunication network. Hizballah resisted this move claiming that the telephone network was a vital part of its military infrastructure, connecting its officials, military operatives and various sites used by the organization for its operations. In response, Hizballah operatives supported by armed Amal militias took control over Western Beirut and forced the Lebanese government to abandon its attempt to take over the communications network as well as reinstate Hizballah’s airport security chief.

As part of the agreement that eventually ended the violent clashes (known as the Doha agreement), Hizballah and its political allies were effectively granted veto power in the Lebanese parliament. The 2018 national elections in Lebanon proved to be an impressive show of power of the “Shia Duo”. Hezbollah and Amal ran under unified lists called the Al Amal Wa al-Wafa (Hope and Loyalty) across the country. This was in addition running candidate lists with allied parties such as the Syrian Social Nationalist Party. Together, Hizballah and Amal won 25 seats (12 for Hizballah and 13 for Amal) out of a total of 128. Together with other political allies of Hizballah and Amal, the “Shia Duo” bloc (or the March 8 coalition) consists of 70 seats.

The cooperation between the two groups is not only political but also extends to the economic sphere. Hizballah’s political alliance with Amal and the rest of the members of the Hizballah-Amal bloc, have allowed it and companies affiliated with it to gain access to various government tenders. For example, Jihad al-Bina, a development foundation run by Hizballah has, since 2006, cooperated extensively with the Lebanese Agriculture Ministry. This ministry, for the better part of the past 15 years, was in the hands of Shiite ministers from Hezbollah and the Amal Movement (currently, the minister of agriculture, Hassan al-Laqis, belongs to the Amal Movement).

This pattern by which political parties or movements supply contracts and work for sectarian companies is not the sole domain of Hizballah and Amal, it is common practice in Lebanon but it is one which allows a terrorist entity such as Hizballah access to government funded projects.2 Another example is that of the “Lebanese Council for Development and Reconstruction” (CDR). The council was established in 1977 by the Lebanese state and is directly accountable to the Prime Minister. Its primary purpose if to rebuild Lebanon’s damaged infrastructure. The council currently represents three primary political factions: al-Mustaqbal (the Future, Saad Hariri’s party), Walid Jonblat and Amal. Amal reportedly represents Hizbalah’s interests in the council. Thus, accordingly various companies that are affiliated with these political factions are also awarded projects and tenders managed by the CDR. This includes Hizballah affiliated companies such as al-Bonyan Engineering and Contrcution Company.

Finally, another sign of the strong relationship between the sides is the cultural cooperation between both movements. This cooperation even includes joint activities between Members of Hezbollah’s Imam al-Mahdi Scouts and Amal Movement’s Al-Risala al-Islamiyya Scouts (see picture below):

One of the main lessons that Hizballah learned in wake of the 2006 war with Israel was that it must extend it influence to other fields in Lebanon and not just focus on building and retaining its military prowess. Achieving such influence could not have happened without the support of other political allies, chief among them the Amal Movement. As such, we must view Amal as a collaborator and facilitator of a designated terrorist organization. The alliance between Hizballah and Amal, whether a necessity of the Lebanese political arena or a strategic alliance, mostly benefits Hizballah. Without it, it certainly would have a harder time coping with the economic sanctions leveled against it and would have found it harder to maintain his hold over its military apparatus. As it stands now, Amal’s political and economic collaboration with Hizballah has had a pivotal role in the terrorist organization’s ability to have such a commanding presence in Lebanon.

Therefore, breaking up this partnership would have a domino effect that could eventually isolate Hizballah politically and deny it access to governmental financial resources. The American secretary of State, Mike Pompeo has reportedly already warned Lebanese officials when he visited the country in March 2019, that certain individuals such as President Michel Aoun and Nabih Berri that they were potential personal targets of sanctions. Perhaps, the time has come to implement such this policy.

Previous Online Propaganda of Islamic State calls for Jihad in India
Next Islamic State terrorists attacked the Syrian army
Terror Leaks[+]
Terrorist Attacks [+]
Terrorism Financiers [+]
WordPress Image Carousel Plugin
Regardless how powerful or unstoppable you think you are, we will find you, we will expose you and we will STOP you
Last Updates From