President Emmanuel Macron of France vowed an “unrelenting fight” against the Islamist “Hydra” as he paid tribute to the four Paris police staff stabbed to death last week by a radicalised colleague.

Mickael Harpon, a 45-year-old IT staffer in the police intelligence-gathering department, stabbed to death three male officers and one female colleague with a kitchen knife and an oyster shucker in a seven-minute killing spree last Thursday. 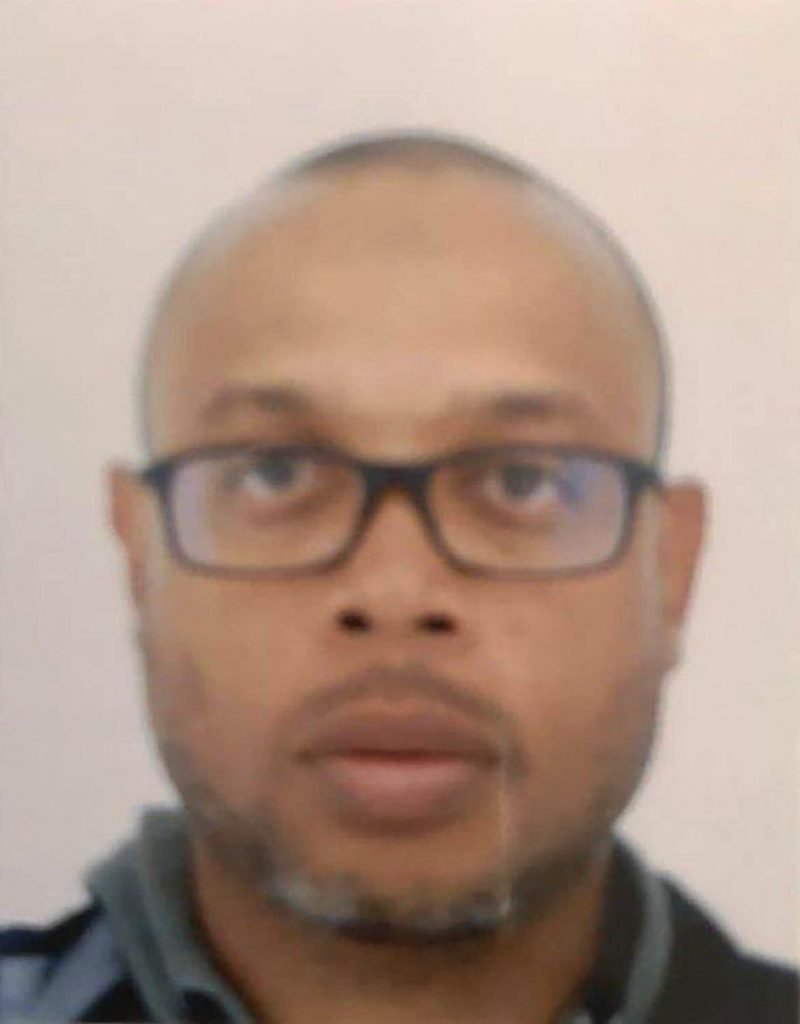 He was then shot in the head by a trainee officer.

“We will wage an unrelenting fight in the face of Islamist terrorism,” said Mr Macron at a sombre ceremony at the police headquarters where the attack took place.

His speech came as pressure mounted on the government over how a radicalised individual could have such high-level clearance in a service whose job was to identify terror threats.

Mr Macron said it was “inconceivable and unacceptable” that Harpon, who had worked for the police since 2003, had managed to carry out an attack “in the very place where we pursue terrorists and criminals”.

He told police gathered in the courtyard: “Your colleagues fell under the blows of a distorted, deadly Islam which we must eradicate.”

Mr Macron posthumously decorated all four victims with the Legion of Honour, France’s highest award. The trainee policeman who killed Harpon is due to receive the award at a later date.

The ceremony came amid reports that detectives investigating the stabbings have found Isil propaganda videos at his home.

Police sources expressed particular concern over USB sticks found at his home in the Paris suburb of Gonesse some of which contained Isil propaganda videos. Others reportedly had the names and personal data of several dozen colleagues at police headquarters.

It was not known whether they had been passed on to other third parties, say investigators.

Harpon had told colleagues he welcomed the 2015 Charlie Hebdo attacks. Even though a police official charged with investigating suspected radicalisation in the force questioned colleagues over his comments, none of them chose to file an official complaint.

He had recently been in very close contact with a Muslim preacher on a French intelligence watchlist who had been expelled from his mosque for preaching violence and faces expulsion to his native Morocco for preaching hate.

Christophe Castaner, the interior minister admitted “failings” but has ruled out strident opposition calls for his resignation. The Right and far-Right have branded the lapses leading to the attack a “scandal of state”.

Mr Castaner was due to be grilled by MPs on the lapses.

Previous Islamic State terrorists explode house of police officer
Next Islamic State resurgence – a very real possibility after US troops exit Syria
Terror Leaks[+]
Terrorist Attacks [+]
Terrorism Financiers [+]
WordPress Image Carousel Plugin
Regardless how powerful or unstoppable you think you are, we will find you, we will expose you and we will STOP you
Last Updates From