A knife attack at the Paris police headquarters on Thursday left at least four police officers dead and at least one police officer injured, according the police union.

The attacker was shot dead by another officer, according to union boss Loic Travers and police officials.

French outlets reported the attacker was an administrative officer at the Directorate of Intelligence of the Prefecture of Police.

The incident occured at the Ile de la Cite, the major island in the Seine in central Paris.

Television pictures showed multiple emergency service vehicles at the location near Notre Dame Cathedral. The area was sealed off and the local metro station, Cite, closed.

Police did not immediately confirm details of the incident or the motive of the attacker. 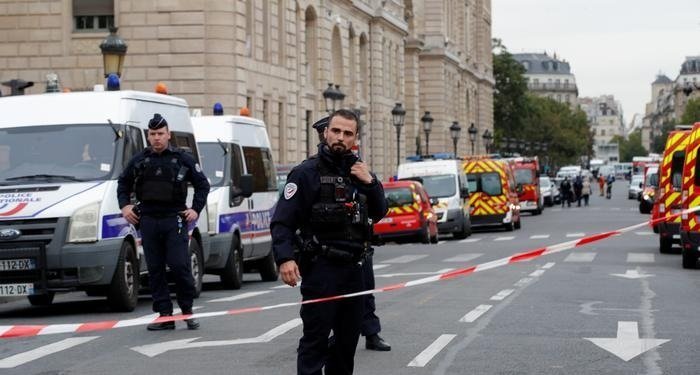 “Paris weeps for its own this afternoon after the horrific attack at the Police Prefecture,” she wrote. “The toll is heavy: Several police officers have lost their lives.”

A third officer, who Siamandi described as the person who shot and killed the assailant, came out on his knees, also in tears.

French President Emmanuel Macron, Interior Minister Christophe Castaner, who was due to travel to Turkey, Prime Minister Edouard Philippe and the Paris prosecutor all attended the scene.

The incident happened a day after French police officers went on strike across the country to protest a growing mental health crisis in the force.

Previous Senior member of terror group allegedly behind deadly Dolev bombing arrested
Next Story behind Hezbollah “sleeper” arrested in New York City by Joint Terrorism Task Force
Terror Leaks[+]
Terrorist Attacks [+]
Terrorism Financiers [+]
WordPress Image Carousel Plugin
Regardless how powerful or unstoppable you think you are, we will find you, we will expose you and we will STOP you
Last Updates From