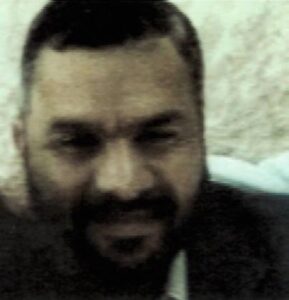 Roll: He commands on the weapon transfers from Iran to Syria. The weapon must go through Iraq, and he is an old supporter of Quds Force and the Iranian regime. Since the beginning of 2021, their activity as “middleman” for Quds Force needs has been increased. He and his group are valuable assets to Quds Force;

Sheikh Haydar al-Gharawi has been a loyal supporter of Iran for many years. The ties between Ansar Allah al-Awfiya, which belongs to Iraq’s PMF (Hashad al-Sha’abi), and the IRGC and Quds Force, go back many years. Recently, the militia, led by Sheikh Haydar al-Gharawi, has become a key player in assisting Iran’s weapon transfers in the area. One of the transfers it carried out was attacked on the Iraq-Syria border in early February 2021.

In general, the militia comprises thousands of operatives stationed throughout Iraq, including in western Iraq and near the border with Syria, who are involved in promoting the Iranian interests of IRGC and Quds Force in Iraq.

In recent years, Iran has been transferring strategic weapons overland from Iran to Syria via Iraq. It appears that recently, large-scale transfers have resumed via this channel, for the first time since late 2019. The group responsible for transferring the sensitive goods and equipment overland for Quds Force’s Iraq Corps is a special compartmentalized team headed by Sheikh Haydar Ibrahim al-Gharawi, general secretary of the Ansar Allah al-Awfiya militia.

Extremists, Who is Who in the Zoo
IRGC