General Info:
Usman Khan is the London Bridge attacker who killed two persons in the latest attack. He was a British citizen born in the UK. Khan was a terror convict who had been out on parole and targeted a gathering where students and other former convicts had assembled.

Usman Khan had been released from jail after being convicted of terror offences, including plotting to attack the London Stock Exchange in 2010.

Khan, who was from Stoke-on-Trent had a prior terrorism conviction and had been jailed for eight years in 2012. Khan had been attending a seminar in Fishmongers’ Hall run by Cambridge University’s Criminology Department to help offenders reintegrate into society following their release from jail.

When he was first sentenced, Khan has handed an Imprisonment for Public Protection (IPP) with a minimum term of eight years by Mr. Justice Wilkie in February 2012. This was overturned by the Court of Appeal in April 2013, when the sentence was canceled. Instead, he was sentenced for 16 years in Jail with an extended license period of five years.

Khan was part of a gang of nine extremists from Stoke-on-Trent, Cardiff and London who were sentenced in February 2012 at Woolwich crown court. He had planned to establish a “terrorist military training facility” on land owned by his family in Kashmir, according to sentencing remarks.

Khan, at 19, was the youngest of the group. In his sentencing remarks Mr Justice Wilkie said Khan and two others were “more serious jihadis” than the others.

He was also a paroled bomb plotter who once hoped to start a jihadist training camp in Kashmir — and whose fellow Islamists admired Hitler and downplayed the Holocaust.

At the time of Friday’s attack, Pakistan native Usman Khan, 28, had been free a year after serving just half of a 16-year sentence for plotting with eight others in 2010 to bomb such London landmarks as the stock exchange, American embassy, and Westminster Abbey.

He was still wearing an electronic monitoring bracelet when he went berserk with two long knives after speaking about his own “rehabilitation” during a Cambridge University-sponsored criminal justice conference in London, killing two and injuring three.

Back in 2010, he and his fellow, al-Qaeda-inspired jihadists fundraised and recruited for a terror camp Khan, at 19 the youngest in the group, hoped to build on his family’s land in Kashmir. 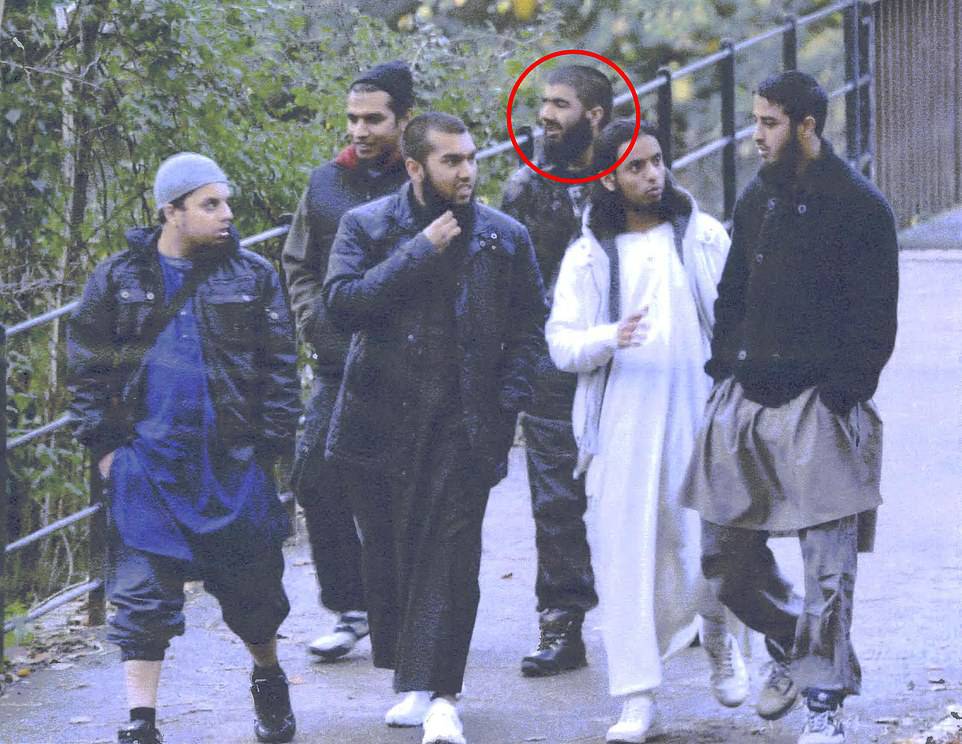 The camp would be disguised as a legitimate Muslim school, but its graduates would return to the UK as highly-trained terrorists who would commit deadly attacks.