A former soldier from Columbia pleaded guilty Monday to supporting terrorists, the day his trial was slated to begin in a case involving a planned attack on transportation services in Kansas City.

Robert Hester Jr., 28, pleaded guilty Monday to one count of providing material support of resources to terrorists. Over the course of several months beginning in the fall of 2016, Hester pitched on social media, and to undercover agents, a “global jihad,” the overthrow of the government and other anti-American ideologies, culminating in a plan to attack buses, trains and a train station on President’s Day 2017 in Kansas City.

FBI Agent Patrick T. Casey wrote in charging documents that Hester joined the U.S. Army in 2012 and was discharged shortly after basic training for multiple violations in 2013. Sometime after his discharge he converted to Islam and began posting on multiple social media accounts weapons, an ISIS flag and a support of extremist ideology.

After drawing the attention of federal authorities in August 2016, undercover agents posing as ISIS terrorists spoke and met with Hester several times over the course of about six months. From the fall of 2016 to the days leading up to the attack, two agents acted as “like-minded brothers,” in what court documents read was an effort to establish Hester would act on his beliefs.

“The source reports reflected statements by Hester concerning his conversion to Islam, his hatred for the United States and his belief that supposed U.S. mistreatment of Muslims had to be put to an end,” Casey wrote in the affidavit. 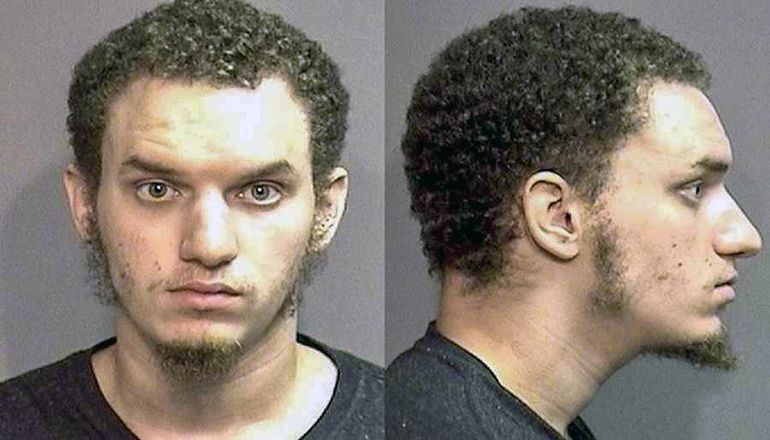 Throughout those conversations, Hester told the agents the country would not last much longer and the government should be overthrown. He pitched an attack on an oil production facility, possibly in Texas as the refineries locally were “small scale,” and an Army base in Missouri. After an undercover agent sent him a photo of an assault rifle, Hester responded he would love to use it to “shoot the Kufr (non-believers).”

Case documents available to the public show very little about what spurred his hatred of America, and the reasons behind his conversion remain largely unknown. Hester, in one conversation, told the undercover agent, “I don’t like America, like for my kids,” and that he was looking for an Islamic State and the local mosque was “very moderate and very watered down.”

“After goodbye’s were exchanged and right before Hester left the vehicle, he said ‘I want to do something for all the kids, this entire generation of Muslim children,’ adding that ‘they need to be able to respect it as Muslims, as people, as human beings,'” Casey wrote in the affidavit.

The undercover agents cautioned him against acting alone, stating this was a part of something bigger, and at one point displayed a knife and told him they knew where his family lived. As the plan progressed, the undercover agents gave Hester several opportunities to walk away according to case documents. However, he repeatedly expressed his allegiance to extremist ideologies, saying “I’m in, I want to help the brothers and sisters any way I can,” and continued he would pass along his knowledge of U.S. Army training and logistics, according to the affidavit.

In early February 2017, weeks before the planned attack, Hester purchased nine-volt batteries, duct tape and roofing nails. The undercover agent drove to Hester’s home in an SUV carrying three AK-47 rifles and two handguns, all of which were not functional, as well as pipes with end caps. During the meeting, the undercover agent told Hester he liked how Hester had handled things so far and they were planning something 10 times larger than the Boston Massacre.

Later, in response to what he was shown, Hester would respond, “I was like a kid in a candy store.”

On February 17, 2017, both undercover agents picked Hester up under the guise of scoping out a storage shed where firearms and bomb-making materials might be kept. He entered the vehicle with a bag of roofing nails and other materials. Upon arrival at the facility, all three began discussing the locations of surveillance cameras. Minutes later, Hester was placed under arrest.

He faces up to 20 years in prison and through the agreement reached with prosecutors will spend his life under court supervision. A sentencing hearing has not been set.

Previous Warnings issued about Islamic State terrorists are breaking out of jails
Next Van targeting the Godfather of Jihadist terrorists moved around New York at the UN Climate Summit
Terror Leaks[+]
Terrorist Attacks [+]
Terrorism Financiers [+]
WordPress Image Carousel Plugin
Regardless how powerful or unstoppable you think you are, we will find you, we will expose you and we will STOP you
Last Updates From