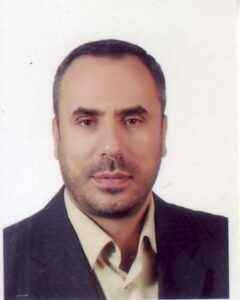 Activities:
Ibrahim Ali Daher (Daher) serves as the Chief of Hizballah’s Central Finance Unit, which oversees Hizballah’s overall budget and spending, including the group’s funding of its terrorist operations and killing of the group’s opponents;

“Such actions demonstrate Hizballah’s disregard for financial stability, transparency, or accountability in Lebanon.”

While AQAH purports to serve the Lebanese people, in practice it illicitly moves funds through shell accounts and facilitators, exposing Lebanese financial institutions to possible sanctions.

AQAH masquerades as a non-governmental organization (NGO) under the cover of a Ministry of Interior-granted NGO license, providing services characteristic of a bank in support of Hizballah while evading proper licensing and regulatory supervision.

By hoarding hard currency that is desperately needed by the Lebanese economy, AQAH allows Hizballah to build its own support base and compromise the stability of the Lebanese state.

AQAH has taken on a more prominent role in Hizballah’s financial infrastructure over the years, and designated Hizballah-linked entities and individuals have evaded sanctions and maintained bank accounts by re-registering them in the names of senior AQAH officials, including under the names of certain individuals being designated today.

Daher is being designated pursuant to Executive Order (E.O.) 13224, as amended, for having acted or purported to act for or on behalf of, directly or indirectly, Hizballah.

Daher and the Central Finance Unit, which is comprised of dozens of officers, operate within the group’s Executive Council, and with direction from Hassan Nasrallah on where to distribute funds. In this capacity, Daher has been a key figure in Hizballah’s financial infrastructure for well over a decade.