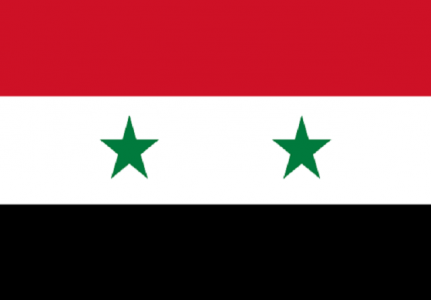 Status: Risk to invest in, Country who support terrorism, Risky country to do business with;

Syria is a terror state. It didn’t become that way overnight because of the Arab Spring or the Iraq War. Its people are not the victims of American foreign policy, Islamic militancy or any of the other fashionable excuses. They supported Islamic terrorism. Millions of them still do.

Following Syrian occupation of Lebanon in 1976 a number of prominent Syrian officers and government servants, as well as “professional men, doctors, teachers,” were assassinated. Most of the victims were Alawis, ” which suggested that the assassins had targeted the community” but “no one could be sure who was behind” the killings.

ISIS took over parts of Syria because its government willingly allied with it to help its terrorists kill Americans in Iraq. That support for Al Qaeda helped lead to the civil war tearing the country apart. The Syrians were not helpless, apathetic pawns in this fight. They supported Islamic terrorism.

A 2007 poll showed that 77% of Syrians supported financing Islamic terrorists including Hamas and the Iraqi fighters who evolved into ISIS. Less than 10% of Syrians opposed their terrorism. Why did Syrians support Islamic terrorism? Because they hated the United States. Sixty-three percent wanted to refuse medical and humanitarian assistance from the United States. An equal number didn’t want any American help caring for Iraqi refugees in Syria.

The terrorism poll numbers are still ugly. A poll this summer found that 1 in 5 Syrians supports ISIS.  A third of Syrians support the Al Nusra Front, which is affiliated with Al Qaeda. Since Sunnis are 3/4rs of the population and Shiites and Christians aren’t likely to support either group, this really means that Sunni Muslim support for both terror groups is even higher than these numbers make it seem. But these numbers are even worse than they look. Syrian men are more likely to view ISIS positively than women.

This isn’t surprising as the Islamic State not only practices sex slavery, but has some ruthless restrictions for women that exceed even those of Saudi Arabia.  (Al Qaeda’s Al Nusra Front, however, mostly closes the gender gap getting equal support from Syrian men and women.)
ISIS, however, gets its highest level of support from young men. This is the Syrian refugee demographic.

In the places where the Syrian refugees come from, support for Al Qaeda groups climbs as high as 70% in Idlib, 66% in Quneitra, 66% in Raqqa, 47% in Derzor, 47% in Hasakeh, 41% in Daraa and 41% in Aleppo. Seventy percent support for ISIS in Raqqa has been dismissed as the result of fear. But if Syrians in the ISIS capital were just afraid of the Islamic State, why would the Al Nusra Front, which ISIS is fighting, get nearly as high a score from the people in Raqqa? The answer is that their support for Al Qaeda is real.